We have taken this music down temporally as we complete the archive process for this session.

Two fine Florence, SC-based acts will be joining us in the Woodshed this Thursday, October 22nd: Rebecca Morning (accompanied by Kevin Singleton) and James Scott Bullard (joined by Rebecca & Kevin). These accomplished musicians perform both separately, and together in the band James Scott Bullard & the Late Night Sweethearts.

Expect an evening full of variety as we are treated to a combination of singer/songwriter, guitars and keys, outlaw country, & southern punk!

Raised on the back roads in a Southern Gospel tour bus, Rebecca Morning is no stranger to music. Coming from a family steeped in musical tradition, she has been singing since early childhood. After picking up her first guitar at the age of 14, she quickly realized that song writing was her passion. Calling on her roots as a Southern Baptist pastor’s daughter, she seamlessly weaves stories of faith and religion into tales of heartbreak or her deep longing for the highway. 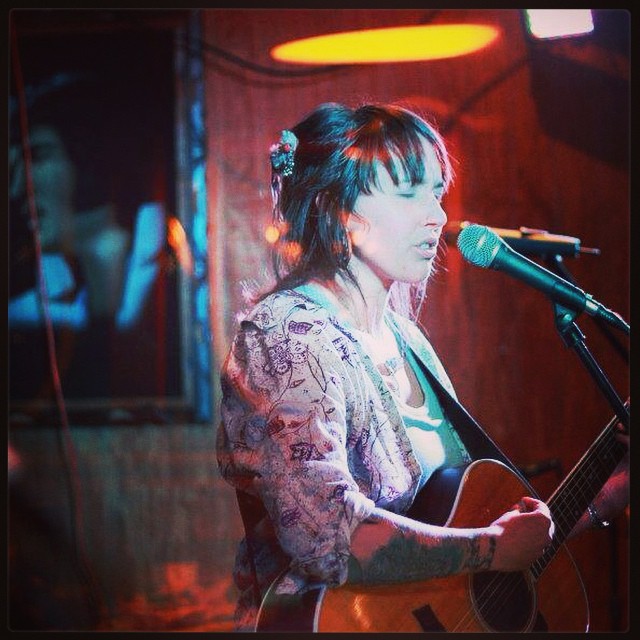 Rebecca has had the pleasure of sharing the stage with many other amazing musicians. She had the opportunity to open for the highly acclaimed Hymn for Her several times, most notably at the 2013 Country Fried Rock Memorial Day Bash. In addition to her solo shows, she is frequently found singing backup vocals for James Scott Bullard & The Late Night Sweethearts.

Hailing from South Carolina, Bullard’s past is fraught with love, loss, death, addiction, suffering, torrid tales of flirting with the devil, the wrath of Deep South religion, a constant on a moral tightrope and more Southern Gothic lore than a Tennessee Williams play.

“The Rise & Fall of James Scott Bullard and The Late Night Sweethearts“, released in 2012 by Big Mavis Records (formerly Yonder Music) won a few awards, including the ‘Gram Parsons Legacy Award’ received heavy airplay, charted high on many major Americana charts worldwide, held the number one spot for 3 weeks above Darius Rucker and Co. and garnered a mass amount of glowing critical reviews. Weather in an arena or a dive, Bullard has proven time and again is uncanny ability to charm and convert the toughest audiences. Bullard has gained quite a cult following that is growing daily anticipating the release of two new records in 2015 under the Big Mavis label.

He’s the bravado of rock and roll, he’s the pain of blues, he’s the beautiful heartache of country, and there’s nothing fake about it. He is quite simply the real deal. ”
~Sydney Baker-Brown~ – TooMyEars Journal
“James Scott Bullard is the kind of singer/songwriter that other singer/songwriters long to be. With songs drenched in pills, whiskey, and beautiful she-devils sent from hell to shepard some poor jaded sap into the depths of heartbreak, Bullard is nothing short of a poet.”
David Butler – Morning News